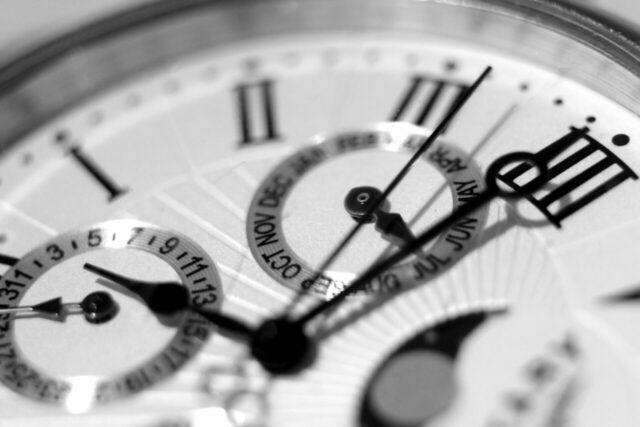 Age is just a number, or so the old adage goes, and a recent study may confirm it. In the United States, chronological age determines eligibility for social security, healthcare subsidies, and retirement. However, those who will actually be in need of these benefits and many other age-related accommodations is difficult to discern from chronological age alone.

A study led by Maxwell Elliott, a Clinical Psychology PhD student at Duke University, examined the factors that may help describe how and why aging looks different for different people.  Specifically, Elliott’s research centered on understanding the relationship and differences between biological and chronological age.

Biological age relates to the physiological changes an individual experiences over time, while chronological age is simply how many years someone has been alive. Chronological age cannot be externally influenced or reversed; every year it increases by one. Biological age, on the other hand, can be influenced by many factors like diet, exercise, sleep, or stress. Thus, by this measure some individuals age faster than others.

The researchers were interested in connecting a composite measure of biological performance at several time points to known risk factors for future frailty, morbidity and early mortality. The measure, referred to in the article as the Pace of Aging, describes the pace individuals age through 19 biomarkers indexing cardiovascular, metabolic, renal, immune, dental and pulmonary systems. The study included data from over 1000 individuals born between 1972-73 (currently 48-49 years old) who were repeatedly tested for these biomarkers at ages 26, 32, 38, and 45 years.  One goal of the study was to determine whether individuals with a faster Pace of Aging in midlife showed signs of advanced (faster-than-normal) brain aging, or cognitive and sensory-motor impairments. By using magnetic resonance imaging to examine the integrity of brain structures, the researchers found early signs of white matter deterioration in subjects with a faster Pace of Aging, suggesting that biological (brain) age can indeed be predicted by Pace of Aging in midlife. Elliott and colleagues also showed that subjects with a faster Pace of Aging exhibited some signs of cognitive and sensory-motor difficulties relative to their slower-aging peers. Lastly, the researchers investigated the relationship between mindset and the Pace of Aging. Toward this aim, they administered a series self-report questionnaires which included questions measuring pessimism toward aging and how old participants felt. They found that those who reported feelings of “oldness” tended to age biologically quicker than those who reported feeling younger.

How to Change Biological Aging

This study confirms what many have long believed: it is possible to feel younger or older than one’s chronological age, and the rate of change in biological age is not set in stone. Pace of Aging may be able to be modulated by changing one’s perspective about their capability,  maintaining a positive mindset, and being mindful of attitude regarding getting older chronologically.

Understanding why people age at different rates provides insight into potential interventions to align biological age with chronological age. These findings can also inform public policies such as those related to social security and healthcare coverage eligibility for older adults. More research is needed to investigate whether interventions can alter the progression of biological age when individuals are in their midlife.

The Psychological Impact of COVID-19 on College Students