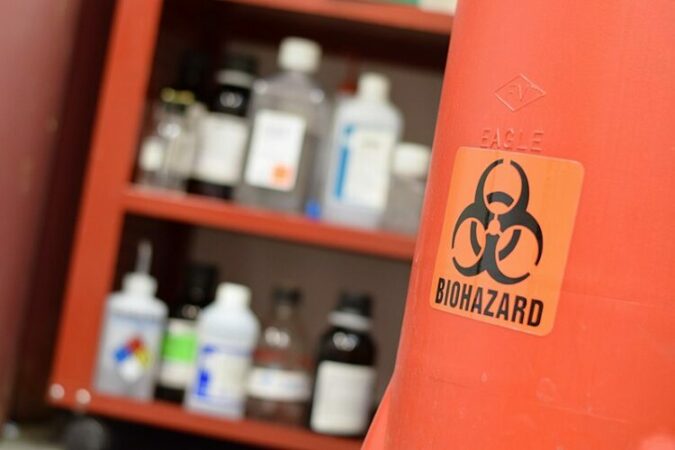 PFAS are chemicals in many products which accumulate in the environment and in humans, potentially causing adverse health effects. Two companies in North Carolina have been found to be contaminating the Cape Fear River with GenX, a PFAS. The Legislative Response to Emerging Contaminants strengthens pollutant regulations, as well as provides significant grants for studying and monitoring emission of PFAS and other chemicals into North Carolina waterways. Support on the bill is split. Some praise the transparency and ability of the bill to make North Carolina a leader in water pollution monitoring. Others worry that the bill hinders the ability of the government (specifically the governor and the DEQ) to censure organizations that pollute waterways.

Certain chemical compounds used in and in the production of a variety of products can have deleterious health effects in humans. Per- and polyfluoroalkyl substances (PFAS) are man-made chemicals that, when introduced into the environment, can accumulate over time and lead to poor health outcomes in humans. PFAS have been gradually phased out by the U.S. Environmental Protection Agency (EPA), but remain legal in other countries.[1] In 2017, reporting from the Wilmington StarNews showed that Chemours and DuPont had been surreptitiously releasing the chemical GenX, a type of PFAS, into the Cape Fear River near Fayetteville, NC, for an extended period of time.[2] This bill is the second attempted response to those revelations.[3]

The Legislative Response to Emerging Contaminants strengthens laws regarding emission and discharge of toxic pollutants. It prohibits emission of chemicals of known or unknown toxicity into any state waterways, and reserves the right to suspend a National Pollutant Discharge Elimination System permit for anyone found to be discharging pollutants into state waterways. The bill requires that anyone found discharging pollutants into waterways must provide “filtration and treatment” for water sources contaminated by the discharge. The bill also repeals the Hardison amendments, which “prevented agencies and local governments from creating environmental regulations that were more stringent than federal regulations.”[5] Finally, the bill provides the North Carolina Department of Environmental Quality with approximately $14 million and the Department of Health and Human Services with $536,000 to address pollution and contamination of waterways.[6]

Who Supports the Bill?

Senator Michael Lee of New Hanover praised the bill’s transparency. “The university system collects the data and they report the data and everything is transparent. Everyone can look at what they send to DEQ.”[7] Duke University environmental engineering professor Lee Ferguson also praised the bill, saying that if the bill passes, “North Carolina will lead the nation in ambient water emerging contaminant monitoring within the year.”[8]

Who Opposes the Bill?

Some environmentalists argue that the bill actually hinders the ability of the government to address pollution. The North Carolina Sierra Club and the Environmental Law Center have voiced opposition to the bill. Derb Carter of the Environmental Law Center said that the bill “create[es] unnecessary hurdles to effective action” and “appears intended to protect the polluter, Chemours.”[9] The head lobbyist of the Sierra Club, Cassie Gavin, assented, saying that the bill ultimately “restrict[ed] the agency’s power.”[10] Some representatives have also blasted the timing of the bill as politically motivated, pointing to the upcoming state elections to replace every seat of the North Carolina General Assembly.[11]

[2] “Why Some Environmentalists Say a New Anti-Pollution Bill Could Actually Help Polluters”; US EPA, “Basic Information on PFAS.”

[3] “Why Some Environmentalists Say a New Anti-Pollution Bill Could Actually Help Polluters.”

[8] “Why Some Environmentalists Say a New Anti-Pollution Bill Could Actually Help Polluters.”

[9] “Why Some Environmentalists Say a New Anti-Pollution Bill Could Actually Help Polluters.”

[10] “Why Some Environmentalists Say a New Anti-Pollution Bill Could Actually Help Polluters.”